Home of the Bobcats! 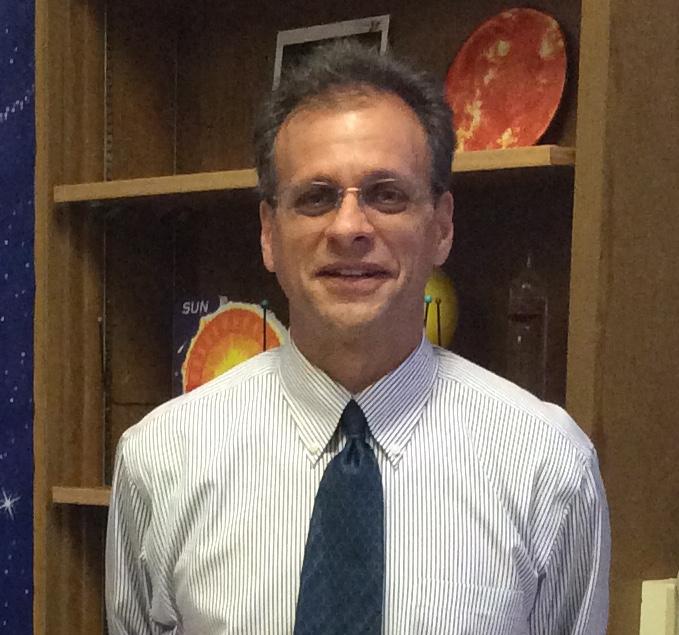 A poster of local astronomer Charles Burckhalter, namesake of Burckhalter Elementary and innovator of scientific breakthroughs in the late 1800’s hangs high on John Panagos’ classroom wall. John is leading the first year of a unique TK-5 astronomy curriculum at the school, building off the afterschool and community events program he began 13 years ago.

“Nowadays every program tries to capture their concept in words but Beauty, Joy and Wonder are truly important for us," John said. "Those words resonate with why I love astronomy and I think it draws students to join me."

The program brings Burckhalter students into the great tradition of Oakland astronomers by introducing concepts in areas such as fine arts and social studies as well as common core standards.

“Right now I’m planting seeds in my lessons and my students don’t know that what we’re doing will return later. When that happens, they’ll look at me,” John explained, having seen this moment many times in his 25 years of teaching. “They’ll smile, like ‘I know that’ and that’s the magic part. So I have to be patient because I right now I have a whole school full of new students.”

When the Chabot Space and Science Center opened in 2000, John took all of the professional development courses he could.

“One class in particular opened the doors for me which was planetarium software," John said. "Once I learned how to use that, the sky was accessible to me. I really enjoy using small telescopes, looking at the night sky asking myself questions and answering them. Thats where my heart is.”

John channeled his enthusiasm for astronomy into an afterschool program at Lakeview Elementary, community events such as star parties with guided sky observation and collaborative work with professional and amateur astronomers in the Bay Area who have helped his program both grow and bring world-class education to the schools he works at. 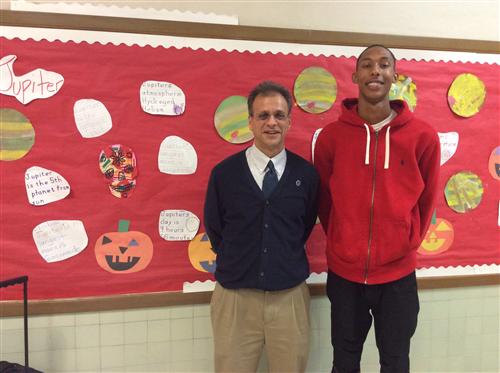 “As a veteran teacher, I know that instruction has to go deep enough for students to get hooked. It’s a fast-paced world, people want to ‘get it’ immediately, and this is kind of the opposite," he said. "Astronomy teaches us how to notice things that are beautiful, but it’s kind of like you have to go so slow to go fast. When you give ideas time to work and take it to a deeper level, it starts to come out of their own imagination and then you start to see sparks.”

Walking down the hallway John calls over Afterschool Program Leader, Kamonie Porter, who he taught as a third grade student at Lakeview Elementary.

“It feels like just yesterday I was in his class. Mr. Panagos put astronomy in a way that was fun for not just me but the whole community,” Kamonie said. “There are things about science he wanted us to pick up on at an early age, stuff I’ll never forget. Now I’m 20 years old and I’m just trying to give back, helping these kids learn all they can.”

Photo: Mr. Panagos along with his former third grade student, Kamonie Porter, who is now an afterschool program leader at Burckhalter and continues to study astronomy.

When asked what he continues to love about astronomy Kamonie was quick to answer, “There’s no set of rules, just a wide free range of discovery, it’s not like a math problem that’s solved already. It’s more like a treasure hunt and you’re looking for something you show to everyone else - you can apply it to all areas of life.”

Reflecting on the power of astronomy to excite his students about science and exploration, John said “I’ll ultimately never know how my lessons influence my groups here because it may not play out for 30 years until they make another connection down the road. That’s part of the beauty and mystery of teaching. We can’t really think about the influence part, we just think about right now and enjoying the moment, awaking the wonder of the students.” 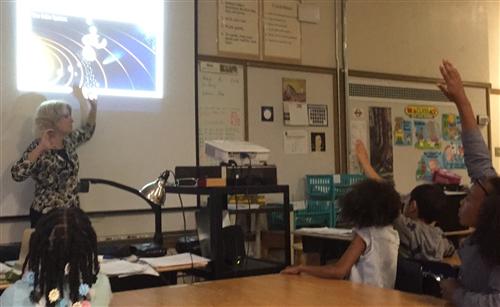