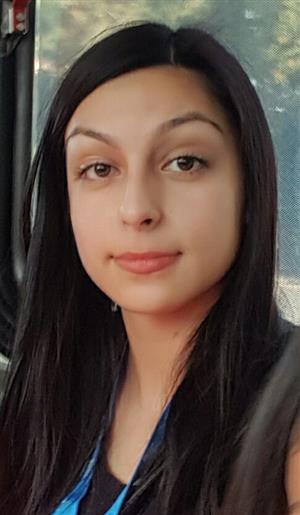 No one would ever accuse Gema Quetzal of cruising through high school. The Life Academy 11th Grader - who recently became an OUSD Board of Education Student Director - is already well known for her academic excellence, leadership and advocacy skills.

Gema maintains a 4.0 GPA, has been on the Governing Board of the All City Council (ACC) Student Union since 9th grade and is also a student leader on the district’s Sanctuary District Task Force. She routinely speaks out for justice for all students and has organized her peers to participate in student-led marches on immigrant rights.

“In the rise of the new political climate targeting immigrants and muslims, the most important issue to me today is the mass deportation being planned for undocumented immigrants," she says.

For Gema, this work is personal. "My closest friends are undocumented and I am the child of two immigrant parents," she says. "Many young people are frightened to go to school because they feel they are in danger of ICE; which should never be the case! Young people are thinking of staying home instead of thinking of their education.”

As part of her role on the ACC Governing Board, Gema has also surveyed her peers on credit recovery and wants to make sure all students have equal opportunity to recover credits and be on track towards graduation and college admission. This summer, Gema was accepted and attended the ACLU Summer Advocacy Institute which was held at Georgetown University July 29 – August 5, 2017.

Gema returned from the ACLU institute ready to take action and hit the ground running.  On August 23, at her first Board meeting as Student Director, she read the following statement that she drafted with the ACC Governing Board:

As a student board member I want to read a statement that expresses my own political view, which I believe to be widely felt among the students that I am representing up here.

On August 11, in Charlottesville, white supremacists and white nationalists - including groups such as The KKK and neo-nazis - decided to reveal themselves IN PUBLIC and to spread their racist, xenophobic, queerphobic, and anti-semitic agendas throughout the weekend and on the streets of Charlottesville. For many current OUSD students, this is the first time we see blatant acts of white supremacy in public, and this is impacting us deeply. What we have read about in our history classes is coming to life.

I believe that what we are seeing in Charlottesville is that the legacy of white supremacy has not died. I believe it's important to speak up on the matter. I want to recognize the people of Charlottesville and their allies that came together as a united force to stand against racism and white supremacy. On August 12, Heather Heyer was killed as she was peacefully counter protesting. I would like to have a moment of silence for Ms. Heyer, and for the 19 other people who were injured when a white supremacist plowed his car through a large group of counter protesters.

For many of us, this is nothing new, and it’s no surprise that other white supremacists across the country are inspired to also come out. They have decided to do more rallies across the United States - including in the bay area. The Southern Poverty Law Center has already revealed that there are 10 hate groups in the bay area alone. These groups did not appear on August 11 alone, they have been here for years. We need to recognize that the system built in the United States was a system built on and by white supremacy. Donald Trump is not the only racist president this country has had. It can be traced back all the way to George Washington.

As a result of these white supremacists and neo-nazis coming out in large numbers, people across the country are taking down monuments that symbolize oppression and racism. This is something we can do here in Oakland. I believe it is vital that we recognize that we have school buildings and facilities named after people who represent violence and racism. I’m not sure which president Roosevelt Middle School is named after, but I have explanations for both.

President Theodore Roosevelt believed that whites were the forward race. And, the other president, Franklin D. Roosevelt, sent Japanese - Americans to internment camps because he blamed all Japanese after the events of Pearl Harbor. This is similar to Trump’s beliefs toward the Muslim community and the undocumented community. Additionally, we have a school named Hoover Elementary. During the Great Depression, President Herbert Hoover unjustly deported people who looked Mexican and spoke Spanish which included many Mexican Americans because he believed this massive economic collapse was of their doing. We are living in a country with a president who would like to do the same to Muslim and Latino families. What’s the message that we are currently sending to our families who go to such schools? As a board, we should openly discuss eliminating every trace of racism and violence, including changing the name of our schools so we are not perpetuating a legacy of white supremacy. We absolutely cannot call ourselves a sanctuary district if we have schools named after racist presidents.

“President Harris, I make a motion for this board to begin the process of changing the names of buildings and facilities named after historic people, figures and events that have contributed to a legacy of racism and violence, beginning with Roosevelt Middle School and Hoover Elementary.”

OUSD Board of Education Student Director