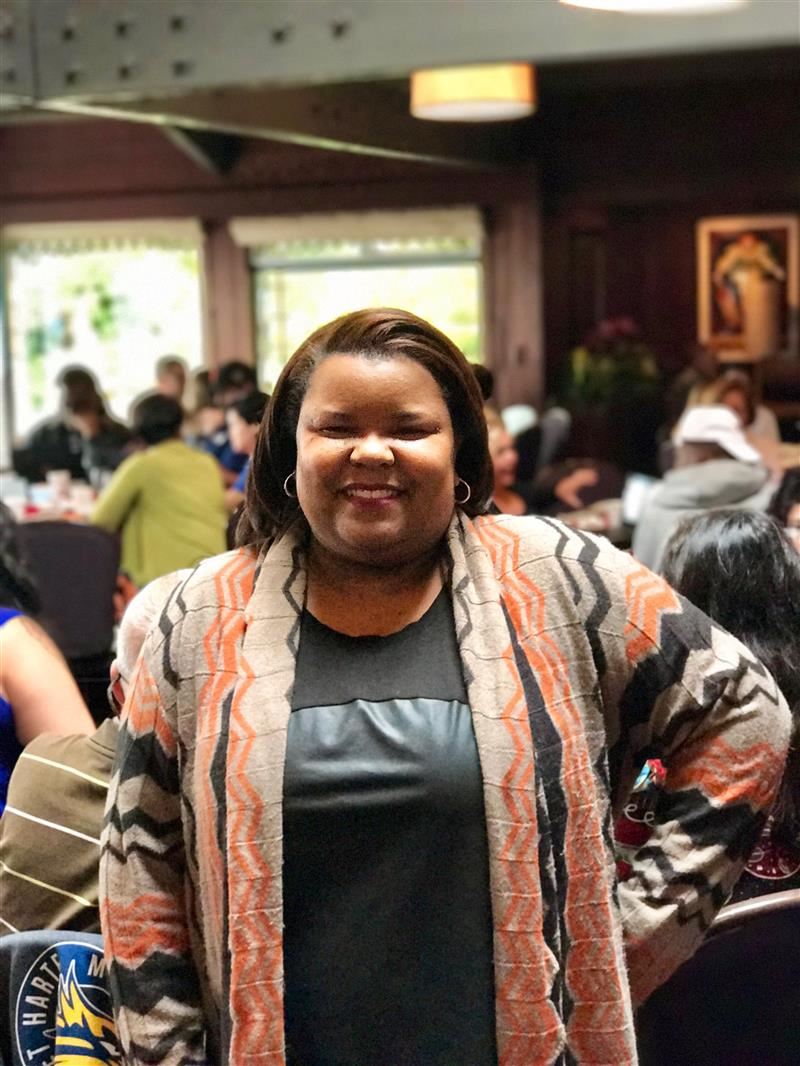 For nearly two decades, Ms. Harris-Jackson has served the Bret Harte community.  She started her career in education at Bret Harte as a Humanities teacher. She also taught reading intervention, leadership, and Advancement Via Individual Determination (AVID).  After 10 years in the classroom, she became a Teacher on Special Assignment (TSA). Prior to becoming principal, Ms. Harris-Jackson served as an assistant principal for three years.

Ms. Harris-Jackson is an Oakland native and grew up in the Bret Harte neighborhood.  She attended OUSD schools from kindergarten through 12th grade. After earning a B.A. in Rhetoric from the University of California, Berkeley, she went on to earn her teaching credential and M.Ed in Urban Education from Holy Names University.  She received her administrative services credential from California State University, East Bay.

Facebook
YouTube
Google Drive
Twitter
Pinterest
Vimeo
Flickr
LinkedIn
Instagram

Nondiscrimination Policy: OUSD prohibits unlawful discrimination against any protected group as identified under Education Code 200 and 220 and Government Code 11135, and Title IX, including actual or perceived sex, sexual orientation, gender, ethnic group identification, race, ancestry, national origin, religion, color, mental or physical disability, age, or on the basis of a person’s association with a person or group with one or more of these actual or perceived characteristics in any District program or activity that received or benefits from state financial assistance, including athletic programs. Complaint forms are available at school sites and at the Office of the Ombudsperson, located at 1000 Broadway, Suite 680, Oakland, California 94607. For further information, call 510-879-4281. BOARD POLICY 0410, 51
Copyright © 2002-2021 Blackboard, Inc. All rights reserved.